Lately Porter and I have been the luckiest dogs in the whole world! Not only have we been going away every weekend with mom and dad but most of the time we’ve been going to the beach!! Now, I really like any place with water, and prefer to actually play in a lake or stream because those ocean waves and currents can be downright scary! But at my beloved beach, I get to run around off leash… true dog freedom. 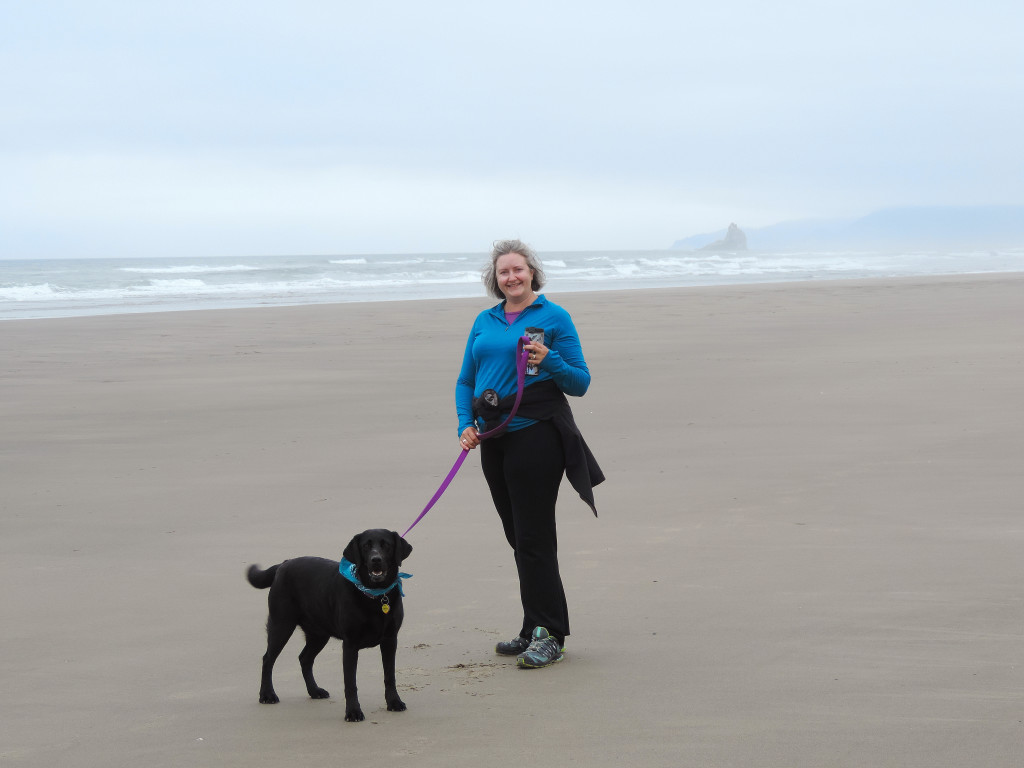 In the last several weeks we have been to the beach three times. The first time was just okay. Mom and dad rented a house and grandma and grandpa and cousin Winston all came along. That was just okay. Yes, the house had a lovely view of the bay but several times mom and dad left us there with Winston and went somewhere. I don’t know where they went and I don’t really care. I’m not quite sure what they don’t get about a FAMILY weekend with the pack all together! But, we did get to go on nice walks so we’ll just let that one go.

Much better, we have also camped at two of our favorite places, Nehalem Bay near Manzanita, and Cape Lookout by Netarts. The weekend at Nehalem was all about relaxation. There was a huge storm that came in. Wind, rain, even some lightening! Porter hated that, he’s such a baby about lightening and thunder and mom had to put his coat on him and have dad cuddle him to get him to calm down. I licked his ears and tried to let him know it was okay but he was having none of that. We did get to go on wonderful beach walks in the morning before the rain would begin again, and did the bay loop walk, but for the most part we spent a lot of time in the camper with mom and dad. Listening to the radio, watching movies and a LOT of napping! 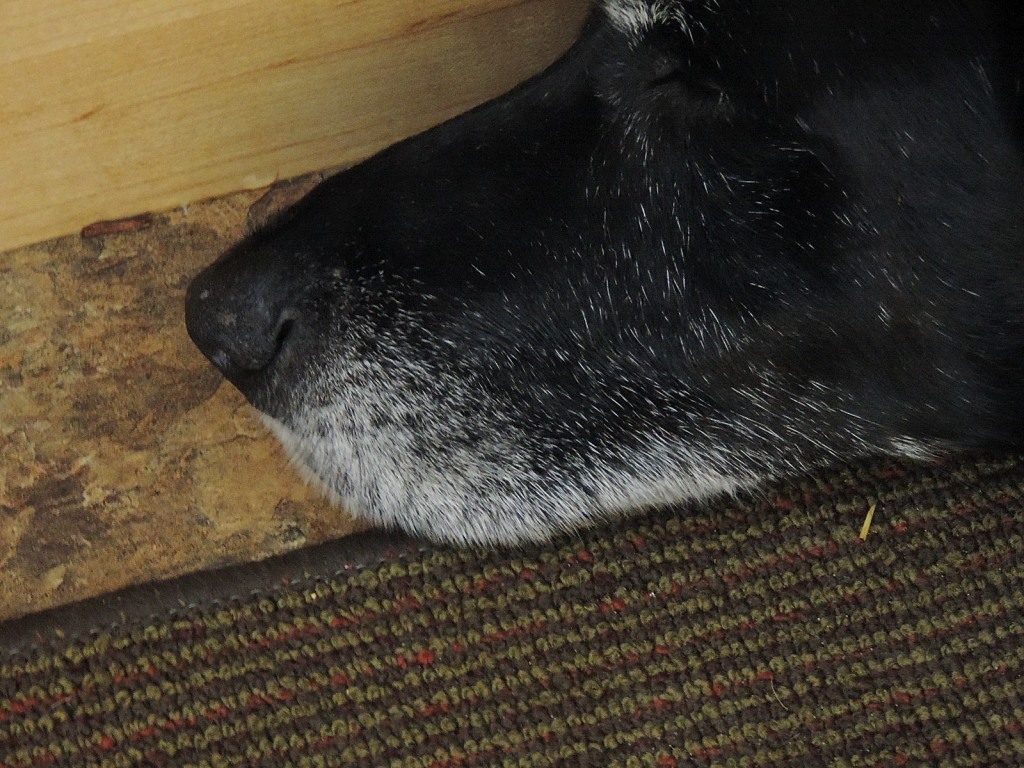 This past weekend was even better. We went to Cape Lookout and uncles Ron and Dario joined us. It was in celebration of mom’s birthday. I don’t know how old she is~ I think about as old as I am in human years but she doesn’t have as much energy as I do! We ran on the beach and got to nap in Ron and Dario’s fancy new trailer while the humans all ate dinner. We even got them all to hike through the campground and do a portion of the North Trail hike and that was really wonderful. 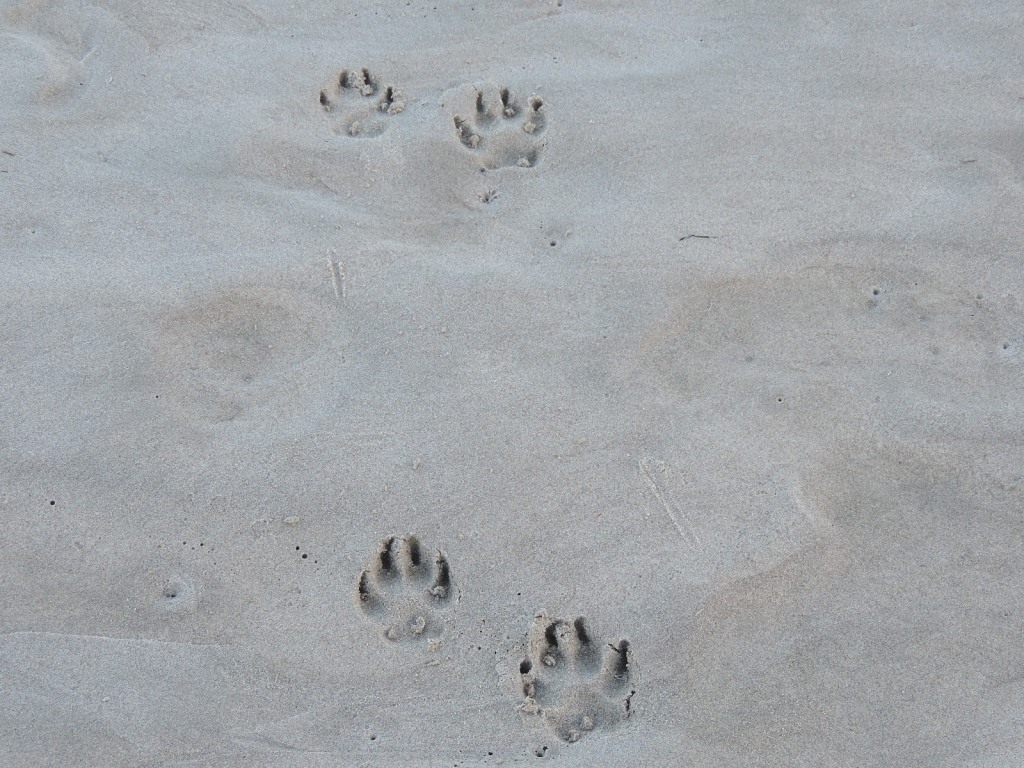 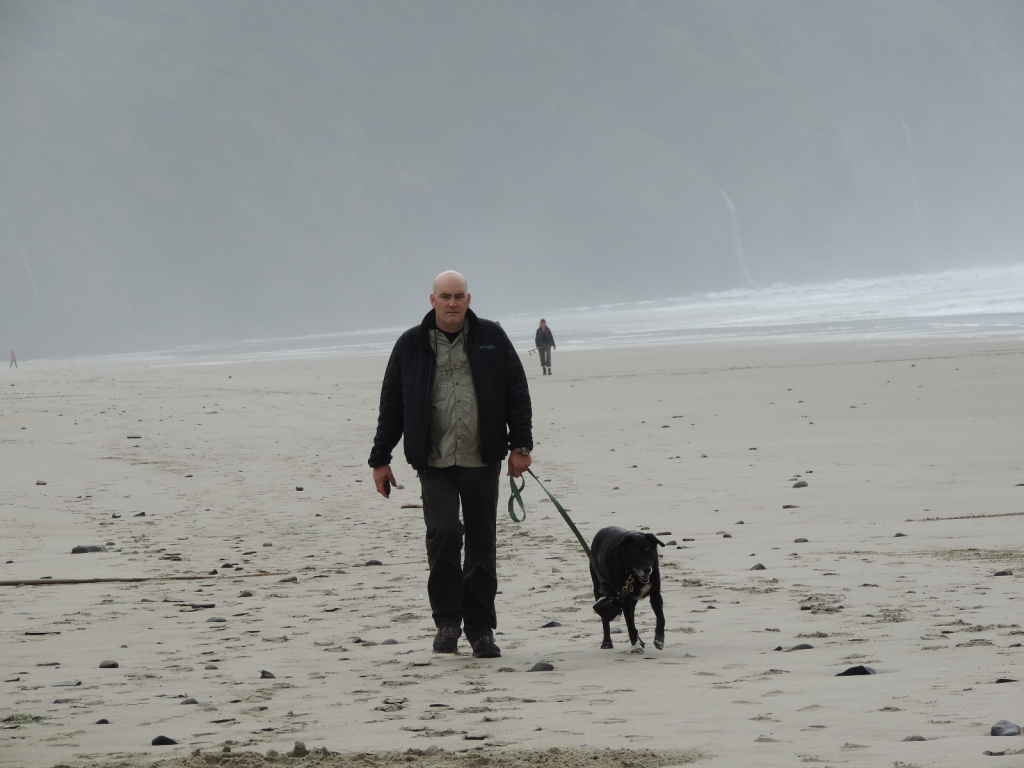 From what Porter and I have heard, we’re going on a family roadtrip to the beach for 4 whole days during something called Thanksgiving weekend. I think I remember that is when the humans eat some enormous bird but since I never get any I don’t care about that. But four whole days with the pack all together is like a dream come true! All in all, I think Porter and I have a damn good dog life.

2 comments on “Loving our Days at the Beach”