We have four cousin dogs, and love to spend the day playing with them. We recently spent an afternoon at Grandma and Grandpa’s with three of them, Jenny, Lexi and Winston. 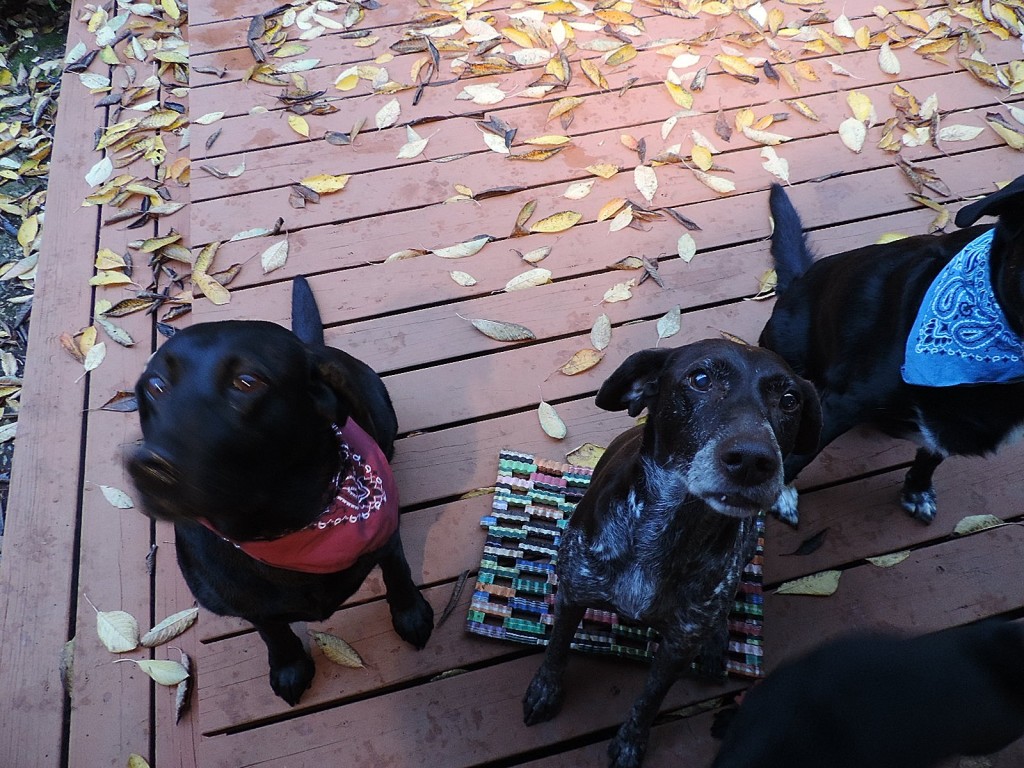 Jenny and Lexi are our oldest cousins, they are so old they even knew mom and dad’s other dog Maddy!! Jenny is  German Short Hair and she is a trained hunting dog, although now that she’s old she doesn’t get to do that much anymore. The rest of the time she’s sweet but really nervous. For some reason we don’t understand, she runs around in circles and will steal humans shoes and things, sometimes never to be seen again! 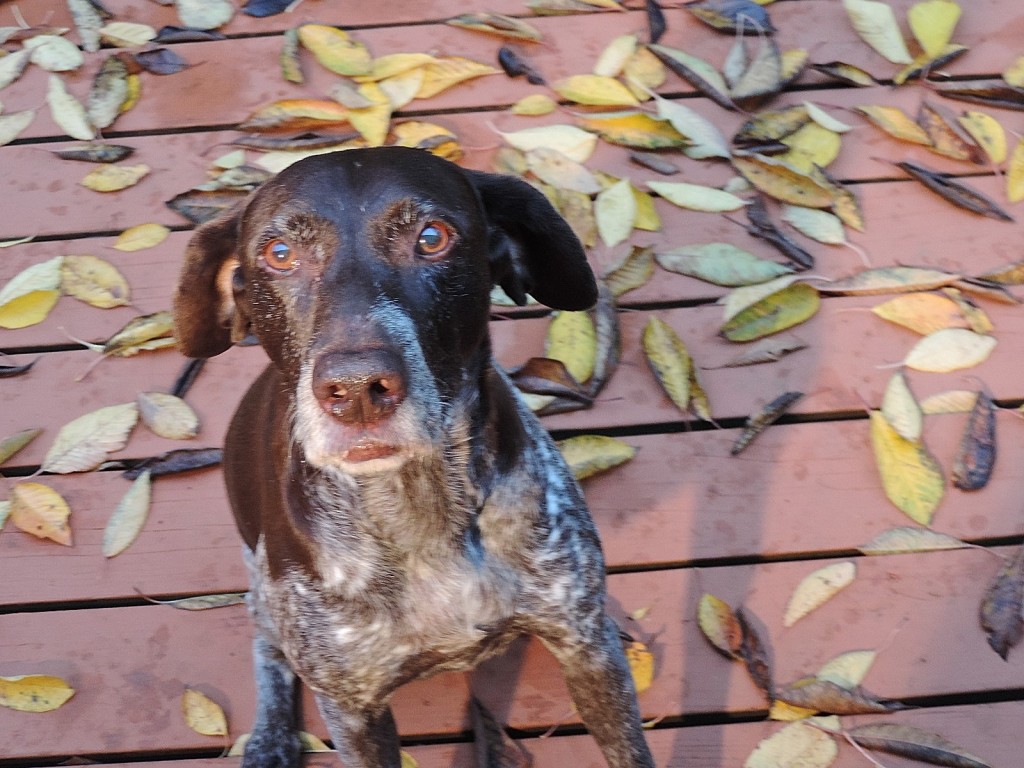 Lexi is a Brittany Spaniel. She is really tiny, I think they call her the “runt of the litter” whatever that means. She was trained as a hunter too, but a long time ago when her daddy went away for a little, her mommy spoiled her so much she forgot how to do it. Now she’s even afraid of gunfire and gets really nervous when there are fireworks. 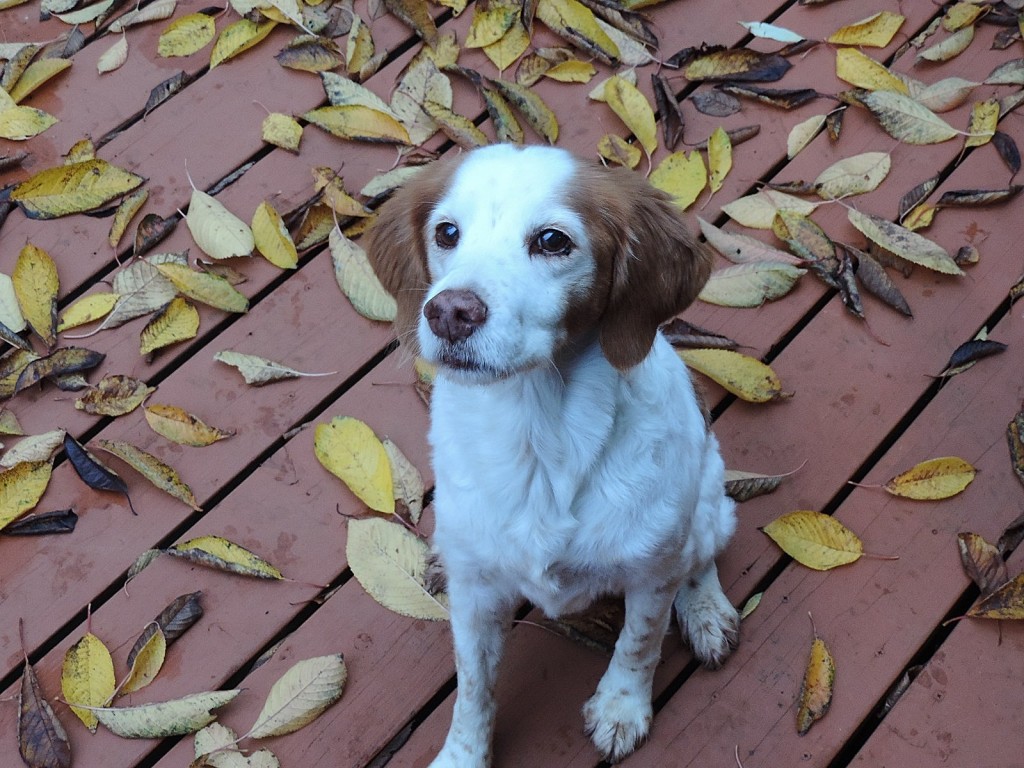 Winston is grandma and grandpa’s dog, so maybe not officially our cousin, but he’s Porter’s favorite!  He’s  a Pug, and I think that might be related to the fact that he doesn’t really seem to have a nose! He makes snorting noise when he runs but since Jenny and Lexi are pretty old now, and don’t want to play, Winston is our playmate. They get in trouble sometimes by having their play continue onto grandma’s couch! 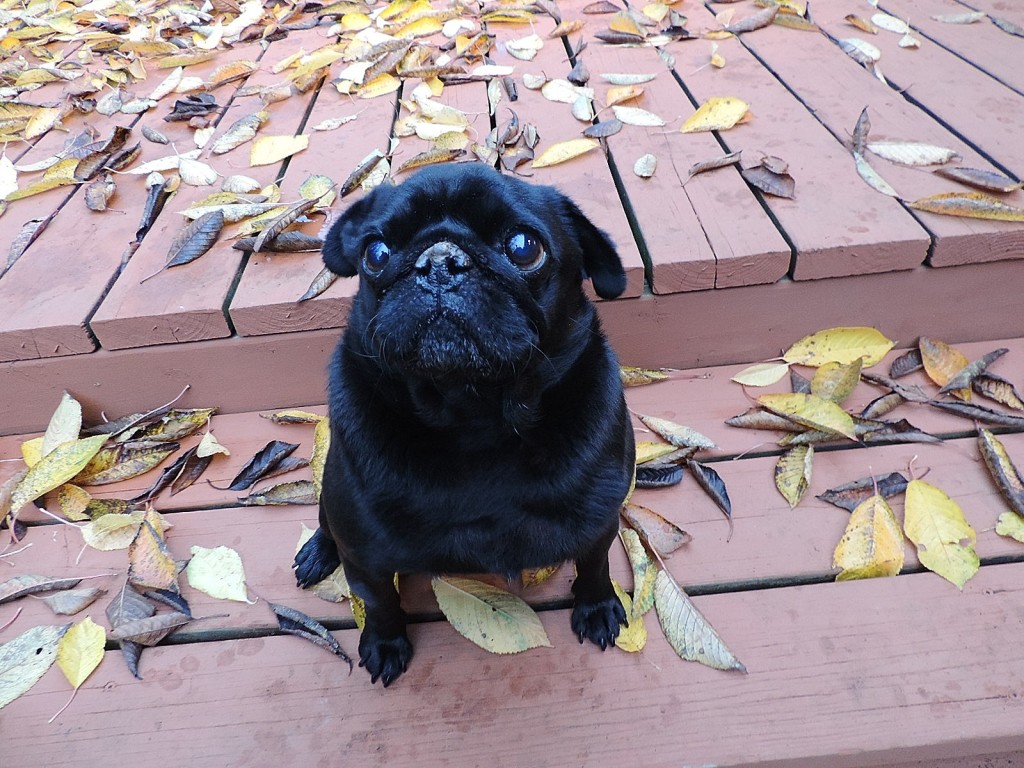 Jack is our other cousin, but we don’t see him quite as much. We will make sure to get his picture posted soon. He’s a little guy, a wire haired Daschund, and a little afraid since we’re such big dogs, but he’s awfully nice. 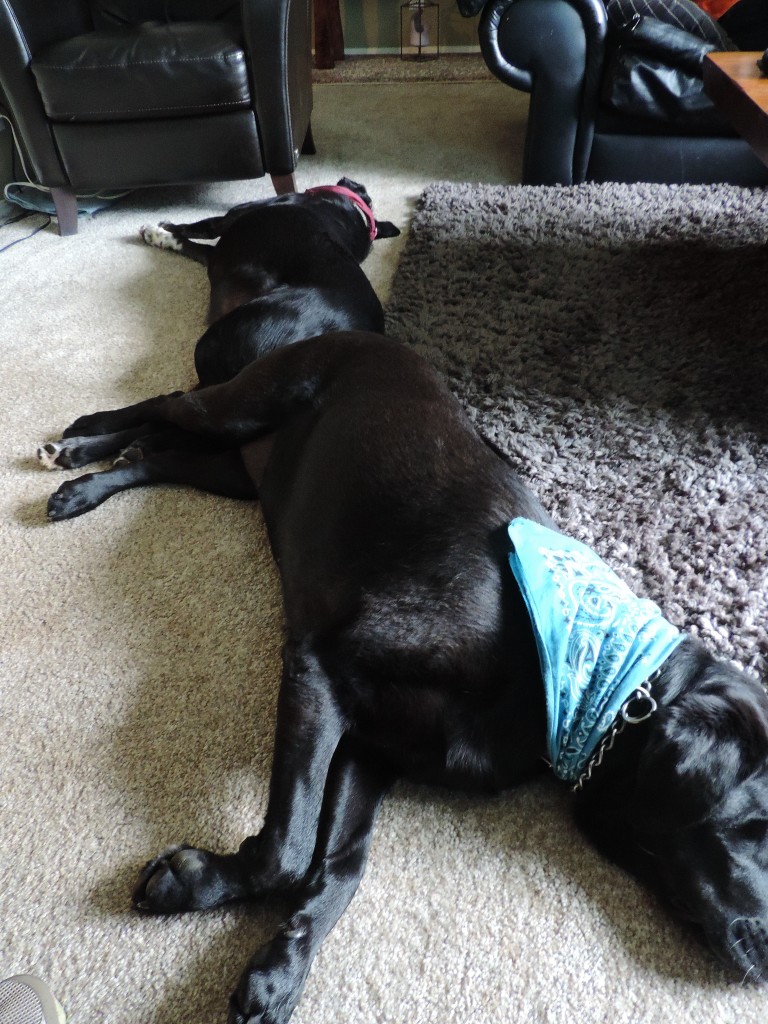 We were SO very tired when we got home but we can’t wait until Christmas because then we’ll get to see all of our dog cousins again.